How to become a reformed helicopter parent.

Are you a helicopter parent? Paula Arthur, a parenting coach school psychologist, defines the practice this:

“One of the potential negative impacts of helicopter parenting is it deprives a child of the opportunity to experience success and failures, and reap the benefits of either one of those,” she said.

Parents need to acknowledge that it’s healthy for kids to experience uncomfortable situations.

“That’s where they learn and they grow,” Arthur said.

“I think the role of a parent is about being there for your child when they fall, not necessarily preventing them from falling,” she said. “It’s not easy.”

She also recommends taking these steps for your own mental health.

Here are five steps to reforming yourself:

1. Self-awareness. Become aware of your own needs and anxieties so you don’t project them on your child.

Being aware of it is the first step, she says. And a child leaving for college is the perfect opportunity to “cut the cord.”

“That’s kind of the sad thing … that they’re not being malicious. They do this with good intentions,” she said. “They justify in their minds that this is a good thing, not realizing the emotional impact over the long term.”

For instance, do you dream of your child becoming a lawyer, regardless of their skills and interests, because you are a lawyer or dreamed of being a lawyer?

3. Focus on feelings. Instead of immediately trying to fix a problematic situation for your child, focus on how your kid is feeling. Are they scared, nervous, not feeling that they’re good enough?

For instance, if a child calls to complain about a bad college roommate, a parent’s instinct may be to fix it by requesting a new roommate, instead of acknowledging their child’s frustration and validating them.

When you validate a feeling, people feel heard and they trust in their own ability, she says.

If you try to fix the problem without addressing the feeling, you’re sending the message that it’s never OK to feel that way.

4. Listen more and talk less. Allow your child to vent and process things, rather than telling them a solution.

5. Really believe in your child. When you give kids the message you believe in them and trust their judgment, it builds self-confidence.

“It gives them confidence in knowing they can figure out a solution,” she said. “And if that solution doesn’t work or that decision wasn’t a good one, that they can even handle that part of it, too.”

“Knowing we can deal with whatever comes our way can be very freeing and very empowering,” she said.

Arthur takes her own advice with her college-age kids.

“Sometimes I’ll outright ask my kids, ‘Do you want me to listen, to vent, to help you process?’ It’s really good for kids to know what their need is,” she said.

These solutions apply to younger kids as well. Allow your child to make mistakes and avoid perfectionist tendencies, which can cause anxiety later.

“And let them know you’re going to be there if they can’t figure it out,” she said.

For instance, if two 6-year-olds are playing and not getting along, there’s a tendency for parents to jump in and perhaps take one of the children away. While that is a quick fix, it addresses the anxiety of the parent, not the conflict between the kids.

A different approach would be walking kids through the conflict, acknowledging that it’s uncomfortable when you like playing with someone but you’re not getting along.

Ask if there is something they can do to solve the problem, like play another game they both like.

And, as with anything, practice. The instinct to run to your child’s aid will always be there. You just learn to channel that feeling into something productive for you and your kid 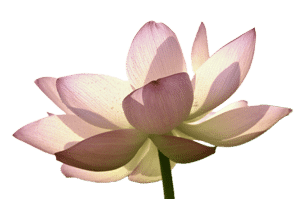